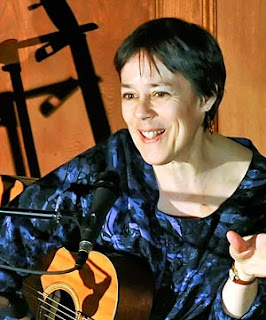 “Folksinger for our times” - The Boston Herald

“… one of New England’s first and brightest stars.” - The Boston Globe

Folk singer/songwriter Lui Collins has been performing, writing and recording for over 40 years, her early Philo and Green Linnet recordings earning international acclaim and establishing her as a respected voice in the folk world.  Lui has shared the stage with such notables as Pete Seeger, Bonnie Raitt, Stan Rogers, Dar Williams, and John Gorka.  Renowned guitarist Dave van Ronk called her “one of the best guitarist-arrangers I have heard in years.”

“Lui sings my songs better than I do.”
- Canadian folk icon Stan Rogers

From playful 4-string arrangements of some favorite original songs, to the fabulous jazz chords in American standards and bossa nova, Lui translates her rich and complex guitar arrangements onto her tenor ukulele to create something unexpected and delightful.

"Lui has a gentle way of capturing the hearts of her audience and having what amounts to a musical conversation with them during her performances… No one weaves a spell quite like she can." —Champlain Valley Folk Festival Newsletter