Nov 3: House concert with Ken Gaines and the Squirrel Hillbillies 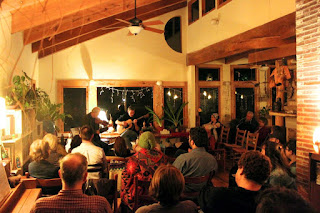 On Saturday November 3rd, please join us at our home in Squirrel Hill for a house concert with Ken Gaines and the Squirrel Hillbillies! 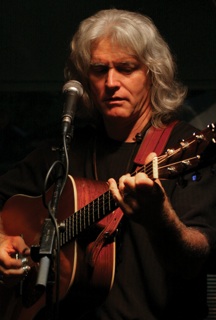 Ken Gaines is the 2005 Texas Music Awards Singer Songwriter of the Year and the producer of the Thursday night Songwriters in the Round Series at Anderson Fair in Houston.  He's a veteran performer with incredible breadth and polish and is one of Texas' finest and most well-rounded songwriters.  He's also known as the "voice" of the annual Texas Music Awards with his regular role as the announcer for the event.  Recently he was featured in the film “For the Sake of the Song” a full length documentary about Anderson Fair and its historic importance to Texas Music.
Ken tours nationally and throughout his home state of Texas. He's written songs for film, stage, and commercials and regularly performs all original songs.  He's a fixture at the Kerrville Folk Festival, performing as the opening feature in 2009 and featured twice in 2011.  Ken teaches songwriting seminars and his "Diet Tips for the Traveling Musician" has been featured at Folk Alliance International conferences for the past 4 years.  He's a member of the Academy of Texas Music and has two CD’s currently in print on the Songdog Records Label, both available at MyTexasMusic.com.  For bookings, contact him at ken@kengaines.com.  More info including past and upcoming performances, YouTube videos, and recorded music can be found at http://www.kengaines.com . 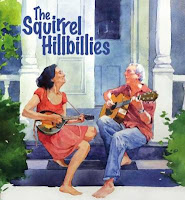 Opening the evening will be a fantastic local duo:  From deep within the urban forest of Pittsburgh's East End, the Squirrel Hillbillies often emerge to share their eclectic repertoire of acoustic folk, country, and blues featuring guitar, ukulele, mandolin, percussion, bass, and vocal harmonies. The duo regularly infests the Pittsburgh Public Market, Schenley Plaza, and other venues around town, and has appeared on Saturday Light Brigade's public radio show, at the Pittsburgh International Children's Festival, in Calliope's "Emerging Legends" concert series, and at SongSpace at First Unitarian. Their debut CD of original songs was released in September 2012. For more information, check out www.squirrelhillbillies.com . 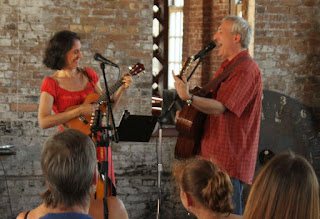 Doors will open at 7:15, the concert will begin at 7:45 p.m.  After the concert, we may jam for a while, so feel free to bring your own instruments (or pick up one of ours).  Donations will go to the artists.  For more information and to RSVP (please do!!) email Maren or call 412-251-5814.  I'll send directions out to folks who need 'em as the event approaches.

The next Putting Down Roots Sustainability Salon and Sing will take place on Saturday, November 10th, and will focus on air quality featuring GASP and CAPS -- the Group Against Smog and Pollution and CMU's Center for Atmospheric Particle Studies.  GASP's fall event with our annual update, important insights into particulate pollution, and lots of cool equipment for show and tell.   The one after that, on health care, will be on December 1st.  Mark your calendars, and don't forget to RSVP!