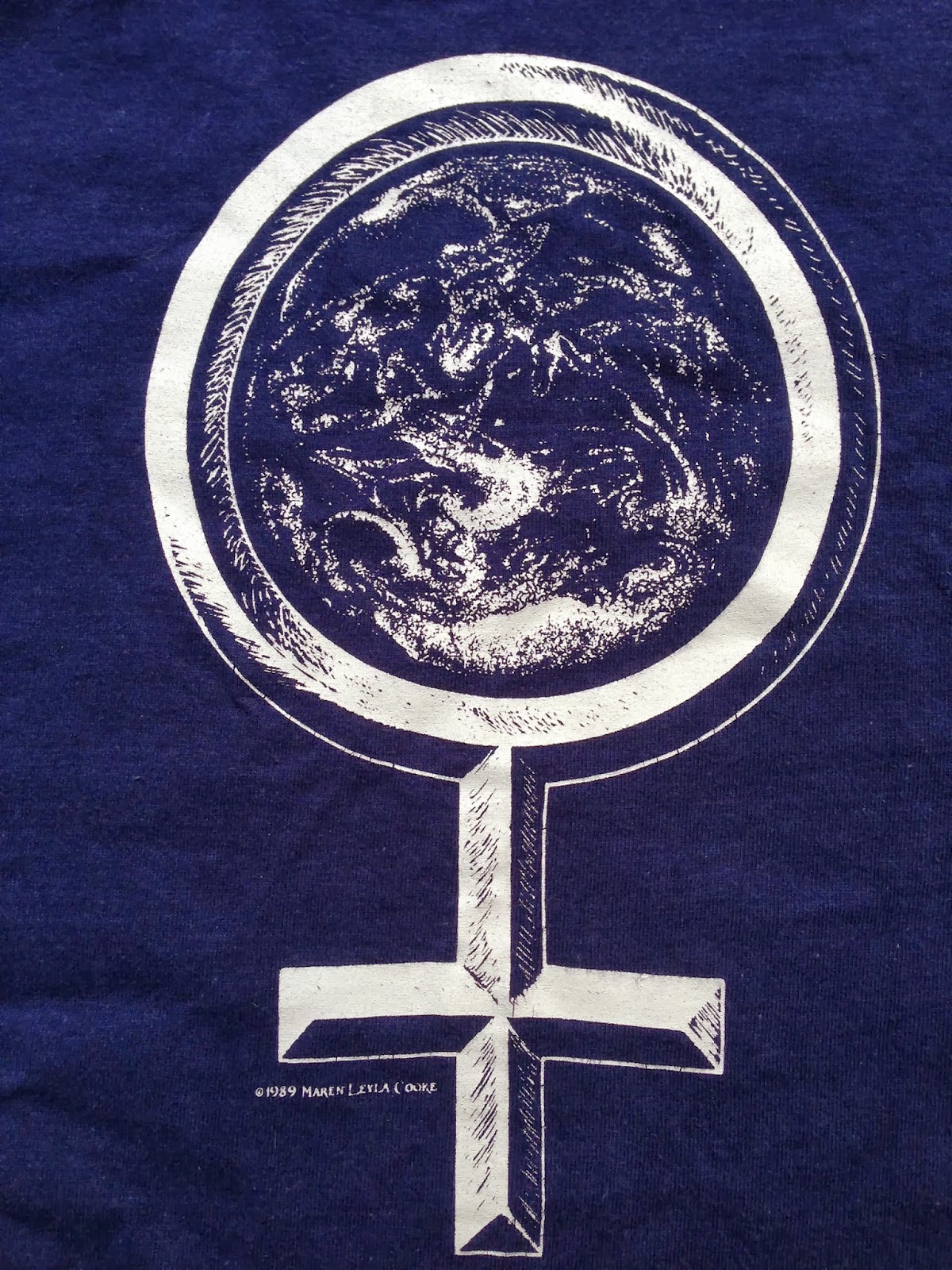 Anyway, by way of celebration, here's an illustration that I drew for the logo of a Women in Science and Engineering conference which took place at Cornell on Earth Day (April 22) in 1989.  I just now photographed a T-shirt with the design, so it's not as detailed as the original -- but yes, I hand-stippled the Earth image from a card bearing the famous "Blue Marble" photograph taken by Apollo 17 in 1972 using a light table that my mother had made from a peach crate.  It wasn't trivial, as I did it in reverse, since it was to be printed in white on dark.