The 15th Annual Summit Against Racism will educate and inspire attendees to build bridges.


The Black and White Reunion (BWR), an organization working to end racism, racial profiling, and police brutality, will host its 15th Summit Against Racism from 9 a.m. (registration at 8) to 3 p.m. on Saturday, January 26, 2013 at East Liberty Presbyterian Church, 116 S. Highland Avenue 15206.

Held annually on the Saturday after Martin Luther King, Jr. Day, the event has been recognized as a day when everyone—from students to seasoned activists—can come together to start the new year by making or renewing and revitalizing commitments to ending racism in Pittsburgh.

The $25 all-day admission includes continental breakfast, lunch, speakers, films, a commemorative program book, one-year membership in the Black and White Reunion, and several workshops from which to choose.   A reduced admission fee of $10 per person is available for students, groups of five or more, and low-income attendees. Some scholarships are available for those who cannot pay, and organizers say no one will be turned away. 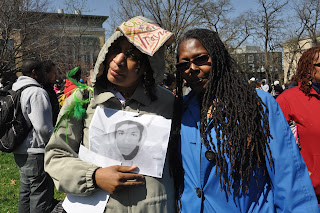 Workshop topics for the 2013 Summit will include Voting Rights, Racism in the Workplace, Unlearning White Supremacy, Injustices in the Criminal Justice System, and more.  Members of BWR who are involved in police accountability issues anticipate reporting at the Summit on results of a Right To Know request for public disclosure of the police union agreement with the City of Pittsburgh, and also about police and community members’ testimony at a public hearing held December 12 by the Citizen Police Review Board on the police “99 Units,” the crews of non-uniformed officers in unmarked cars patrolling city neighborhoods. It was one such unit that was involved in the case of Jordan Miles, who was chased and beaten by police in 2010, and whose case is still unresolved.

The roster of prospective workshop sponsoring organizations includes Election Protection, WWHAT’S UP! (Whites Working and Hoping to Abolish Total Supremacy Undermining Privilege), and the Alliance for Police Accountability, among others.

Films being considered for screening at the Summit include two documentaries: “What Does Trouble Look Like?  Nate Smith’s Revolution,” and “Enough IS ENOUGH:  The Death of Jonny Gammage.” 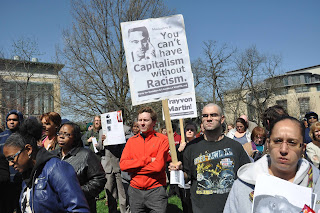 Nate Smith single handedly forced Pittsburgh’s trade unions to hire Black workers on construction sites during the city’s Renaissance of the 1970s. Jonny Gammage was a Black businessman and philanthropist who died at the hands of white police from positional asphyxiation during a “routine” traffic stop in a Pittsburgh suburb in 1995. It was this incident, and the “not guilty” verdicts in court cases against the police, that inspired the founding of the Black and White Reunion and BWR’s development of the Summit Against Racism and the Jonny Gammage Memorial Scholarships.

A portion of the proceeds from the Summit supports the Jonny Gammage Scholarships, which are presented by BWR, NAACP Pittsburgh, and the Negro Educational Emergency Drive (NEED) to support Black law students with an interest in studying civil rights and social justice issues at the University of Pittsburgh and Duquesne University.  The scholarships are awarded to the winners of an essay contest that challenges them to answer a relevant question.

This year’s question, written by 2012 scholarship winner Chris Carter, asks applicants to choose from among several cases of individuals killed by law enforcement personnel and to write documents that the victim’s survivors could use as the basis for a legal case against the killers.  The cases are selected from the book Stolen Lives, a compilation of hundreds of such cases, beginning with 500 from 1990 to 1997 in just the first edition.  Scholarship applications will be available at the Summit or by contacting BWR atblackandwhite_reunion@yahoo.com or 412-322-9275. 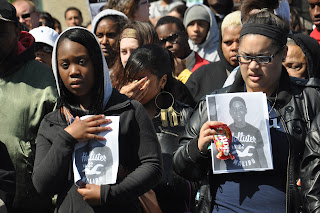 New at this year’s Summit will be the availability of childcare.Please register online!

BWR urges everyone to pre-register online at so that they can make sure to have room and food for all.